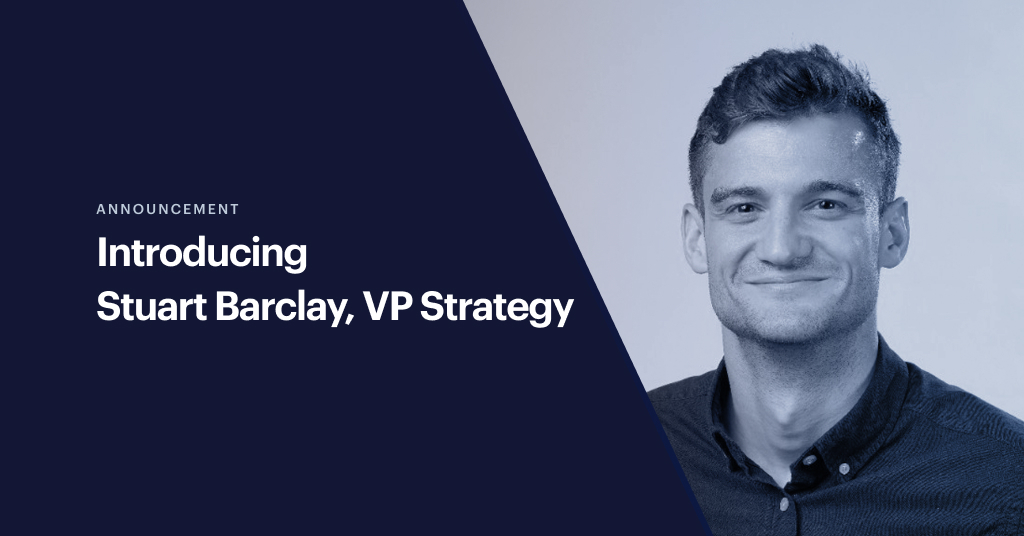 London, 14th July 2022: Volt, the leading open payments gateway which enables account-to-account payments for merchants and PSPs in the UK, Europe and Brazil, has recruited Stuart Barclay, an open banking established strategist and expert, as its VP Strategy.

Stuart brings unique expertise, spanning both the rapidly growing fintech sector, as well as government advisory and big consultancy. Stuart joins Volt after over three years with Swedish open banking unicorn Trustly, where in his previous role as Head of Growth, Financial Services, he drove value propositions, pricing and strategy.

Previously a Senior Policy Advisor in the UK Cabinet’s Open Innovation Team, Stuart led a series of projects aiming to accelerate the government’s digital transformation, laying the groundwork for applications of emerging technologies such as blockchain and artificial intelligence.

Prior to that, Stuart led delivery of strategic projects as a Strategy Advisor in the Department for Education, after having started his career as an analyst with global powerhouse Accenture, where he worked across a range of leading global companies in communications, broadcasting, aerospace, technology and banking.

At Volt, Stuart’s role will focus on mapping out tangible go-to-market strategies positioning Volt at the forefront of open banking, and on contributing to the rising tide of open banking adoption worldwide.

Stuart Barclay, VP Strategy at Volt, said: “I was won over by Volt’s collaborative and empowering culture, by the team’s contagious energy, which translates into impressive and sustained speed to market. I have witnessed Volt expanding into new countries and launching innovative products, and I’m excited to be part of this team. Open banking is growing exponentially, with almost 60 countries developing their own instant payment schemes – Volt is building a unified gateway, adding an orchestration layer which brings order to this fragmented ecosystem. My mission at Volt will be to enable merchants and PSPs worldwide to capture the growth opportunities and the transformational potential that open banking unlocks across the world.”

Tom Greenwood, Founder and Chief Executive Officer of Volt, said: “We are delighted to have Stuart join the Volt senior team, at a key time in open banking and for our business. We pride ourselves on Volt’s ability to spot, attract and nurture some of the best minds of the industry, as we work to deliver our vision for real-time payments everywhere.”