Circuit Breaker enables merchants to intelligently block suspicious transactions – and the fraudsters behind them. 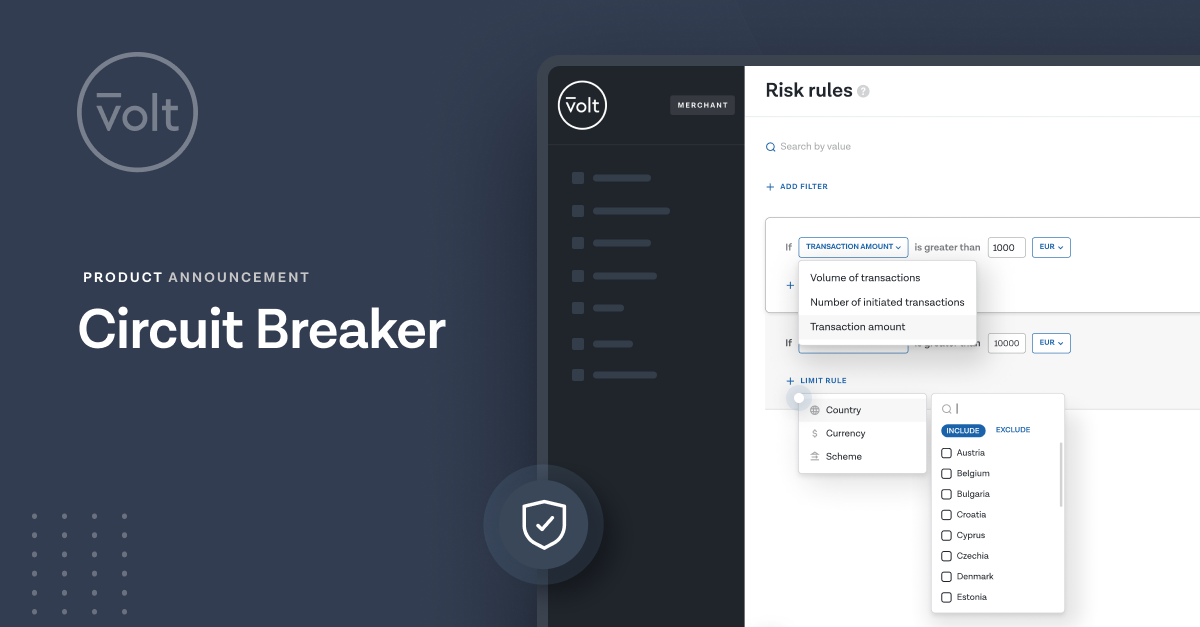 It’s been clear for a while that such a solution is needed. While open banking doesn’t create new fraud risks per se, it does create opportunities for fraudsters: account takeovers, for example, or targeting banks’ own PSD2 implementations for PIS.

This was illustrated in no uncertain terms in October, when millions of pounds were stolen from Barclays accounts – by a fraudster using a Monzo account and a PISP.

Circuit Breaker prevents such high-velocity attacks in two ways. First, its flexible rule system – which applies a score to each payment received. This score is based on rules like volume of transactions, number of initiated transactions, and transaction amount.

If the additive score triggered by these rules equals 100 or higher, the transaction is blocked and the fraud attack prevented. These rules can be amended by merchants according to their changing needs – for example, during a period of growth.

Second, Circuit Breaker enables merchants to create blocklists of confirmed fraudsters based on set criteria such as the bank they’re paying from, their device fingerprint, and their email address. To build them, merchants simply choose their preferred criteria, set a value against them, and select ‘block’.

Steffen Vollert, Volt’s Chief Technology Officer, said: “Circuit Breaker is designed like a surgical tool – to specifically address issues with specific banks or clearing mechanisms, and to overcome the operational inhomogeneity of the European banking landscape.

“One big problem is that banks apply their fraud prevention systems – designed for a cards world – to open banking. This can result in merchants being blocked, often without explanation, in the event of a fraud attack. Circuit Breaker overcomes this by ‘filtering at the gate’ before sending transactions to the bank.

“Circuit Breaker is especially effective when used in combination with Volt Connect because, together, they offer merchants full-payment-cycle insight. This is a first for open banking.”

Circuit Breaker is designed like a surgical tool – to specifically address issues with specific banks or clearing mechanisms, and to overcome the operational inhomogeneity of the European banking landscape.

Contact the team to learn how to supercharge your payments.

Thanks, we've got your message.
Someone from the team will be back to you soon.
Oops, something's gone wrong. Please try again.
get in touch
Contact us
Get started