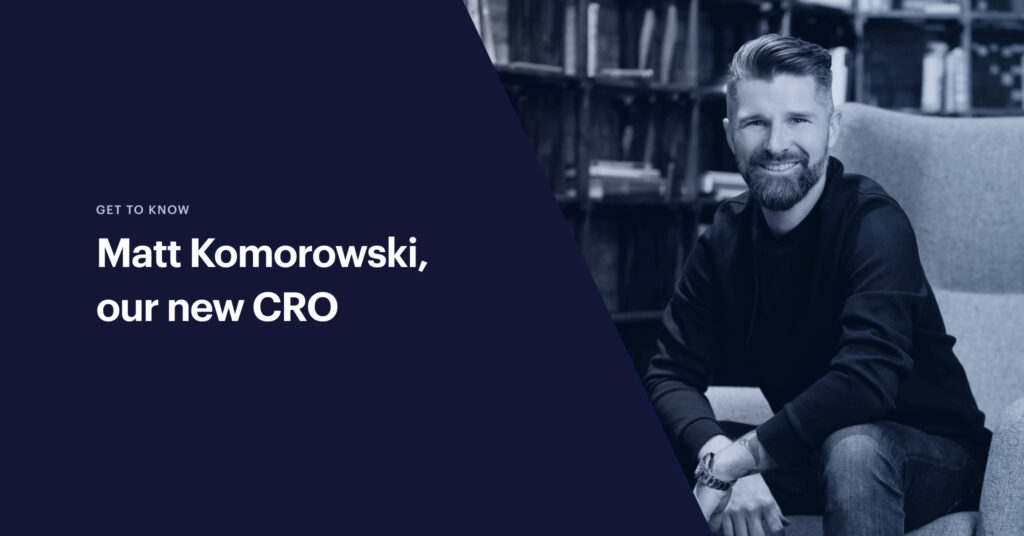 Fresh from joining Volt following a 10-year tenure at PayPal, Matt – our new CRO – unpacks the size of the real-time opportunity, shares his commercial goals and aspirations, and reveals what to expect in the coming weeks and months.

Matt, what attracted you to Volt?

The first thing is the team. I had a conversation with Tom, Steffen and Jordan, and I was just simply impressed by their energy, their vision for Volt within the payments industry, their respective track records, and how they come together and collaborate.

It comes down to what they’re building – Volt being an orchestration layer of different account-to-account payment methods; a one-stop solution for merchants who want to enable real-time payments for their customers. And not just in one country, but with a vision and architecture of scaling out globally as and when territories enable new real-time payment networks.

How big is the real-time payments opportunity?

There are 60 markets where real-time payments already work, and where e-commerce sales are north of $1tn. Volt is equipped to address them all. Are we ever going to replace Visa and Mastercard? It’s highly unlikely, but I don’t think that’s the objective. Are we going to tap into the market and take a significant share? I firmly believe so. As this market grows, so will our share. More and more countries are enabling real-time payments.

Consumer adoption also tells us how big this opportunity is. If you look at countries where real-time payments are already enabled – whether it’s Swish in Sweden, PayNow in Singapore or Pix in Brazil – you see hyper-fast adoption compared to any other payment method, on the peer-to-peer rails, in history.

Now it’s just a matter of enabling that habituation on the consumer-to-business rails. And, further down the line, levering up on the B2B rails and the merging of online and offline – in other words, enabling real-time open payments at point of sale.

Are real-time payments viable across industries?

I believe they’re industry agnostic, yes. If you look at it from a consumer habituation point of view, people are learning to use account-to-account payments for several reasons.

First: it’s an easy way for family and friends to send money to each other. Second: you’ve got more control over your money, because unlike credit cards or Buy Now Pay Later, you’re only spending what you have. This is a way for people to be able to manage their money and have control over who they share their credentials with.

What’s addressable today? Everything that’s a single payment, because Variable Recurring Payments (VRPs), while just around the corner, are not yet mainstream. When they kick in, I think real-time open banking payments will become completely industry agnostic.

What is it about Volt’s technology that excites you?

Volt covers the full value chain. It’s able to initiate payments, reconcile payments, manage fraud, facilitate returns, set up recurring payments once VRP kicks in, and do cross-border payments. And, further down the line, to do POS payments (and reconcile these alongside online payments). It’s the full spectrum.

In terms of verticals, I don’t see any that can’t be addressed. You can start off with traditional retail through to travel – which is super price sensitive – and B2B payments, education, utilities, subscriptions. It’s end to end.

Tell us a little about your background…

It’s a mix of strategy and sales. Going quite far back, I used to work for Boston Consulting Group. The projects I did in financial services were always a bit more exciting on the strategy side.

After that I worked for Avon’s global sales organisation, so essentially defining sales strategy and motivation systems for what is the original direct selling company.

I later moved to Groupon, where I helped launch the daily deals company in Poland. I built out the telesales and the on-ground direct selling teams as it became a 100-person organisation.

My tenure at PayPal began 10 years ago, right when mobile payments were just starting to kick off. At that point, they were just a thing you did on your phone. It was super painful and tedious because nothing was mobile optimised. A decade later, some industries were 90%+ mobile first in terms of the volumes they were transacting.

I started off as Head of Sales for Central and Eastern Europe, later became General Manager for Northern and Central Europe, and then moved to Singapore, where I spent three years building out the channel partnerships business across Latin America, the Middle East, Africa, APAC, and Eastern Europe.

I’m competitive and goal-oriented by nature, so commercial roles have always been a natural fit for me. I’m also extremely interested in helping people develop and grow, and in building purpose-driven teams.

What are your ambitions for the CRO role?

To hyperscale. We’ve got a fantastic product, product-market fit and merchants who are delighted. Now the plan is to attract the best talent. I’m looking for people who are driven, hungry, and who are looking to change how consumers pay and merchants accept payments.

The goal for the next six months is to build out a high-performing sales and revenue organisation, which will include a robust and dynamic partner team, a direct selling team, and an account management team.

I want to create a unit that will educate people about real-time open banking payments, that will work with merchants and partners to ensure the latest and greatest integrations delight their customers, and to work very closely with our product team to action merchant feedback. I can’t wait to get started.