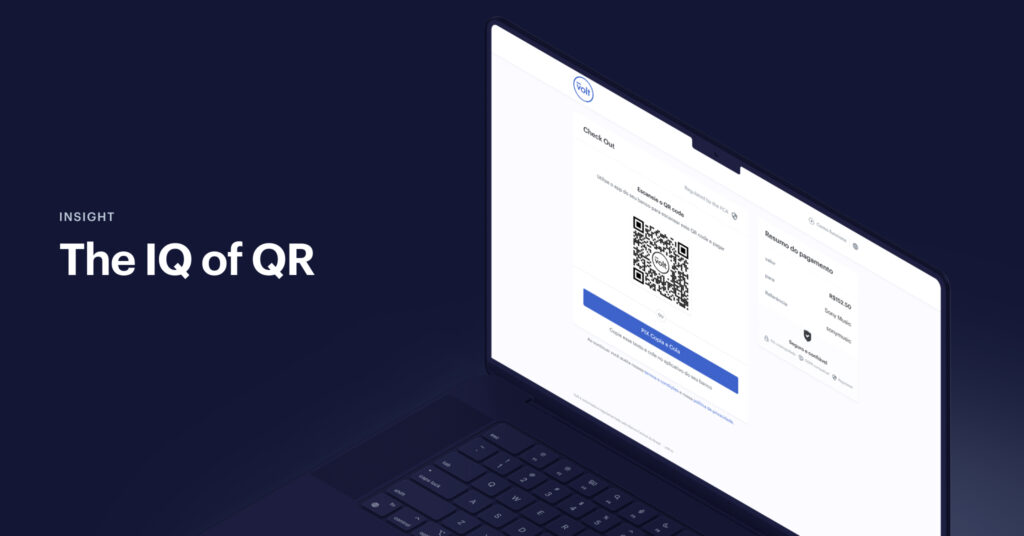 The IQ in QR

QR codes are set to weave through your digital life sooner than you think – take a look at the transformative impact the pandemic has had on economies traditionally wary of the 25-year-old quick-response code. The reason is simple: QR codes offer unrivalled efficiency and durability. With everyone from Apple to Australia getting onboard, they’re fast becoming a critical fabric in our rapidly digitising society.

If you don’t yet have a strategy to capitalise on their rapid rise, now’s the time to act. Take these findings:

Need more convincing? Consider this fundamental truth: QR codes represent the convergence of all aspects of our interactions in payments, identity and communications. They allow all digital transactions to be initiated and integrated through the global connected economy by offering a lowest common denominator interface as the platform for connectivity.

I believe that we are on the cusp of exiting the near-field ‘tap and pay’ contactless experience and entering a truly contactless, whilst connected real-time payments age. Thanks to initiatives by EMVCo and the largest fintechs in APAC, and indeed as more banks around the world open APIs, new payment opportunities – via direct bank payments – are being created. The QR code will be a focal point in this new future.

It’s about cost, speed and efficiency. It’s no wonder analysts the world over are predicting hockey stick growth in QR adoption – aided, of course, by the pandemic and demand for contactless experience by end consumers.

One only needs to look at the growth of mobile payments, which doubled between 2019 and 2020. With the value of transactions expected to reach $4.4 trillion – and a 17% CAGR through 2024 – it’s clear that the move towards a cashless society is accelerating at unprecedented speed.

QR codes – underpinned by a more secure and instant payments infrastructure – are one of the key ingredients driving a shift in the paradigm of how economies and societies will transact in the future.

To use one example we have all seen more of recently, restaurants too are cottoning on to the advantages of QR. Even point-of-sale terminals are getting the upgrade – either with their own camera to securely scan a customer QR or to generate their own.

QR codes and the power of decoupled authentication

Merchants are able to generate a QR code (via Volt API) for the customer to scan from their mobile phone, and authenticate via their banking app with one click or a biometric ID.

This decoupled flow streamlines how customers are authenticated – whilst facilitating their consent – and benefits merchants and customers in terms of control, convenience and security. And in our view, is one of the keys to unlocking the next wave of mass Open Banking adoption. That’s why we’ve built a market-leading checkout, supporting and optimised off-the-shelf for QR wherever it’s available.

QR payments around the world

‍Convenience drives innovation in the free market. Once we the consumer recognise the value of scanning a QR code, we’ll jump the barrier to adopt if we understand its benefit.

In countries like the Netherlands QR codes are now integrated into the country’s eCommerce platform, allowing customers in bars, restaurants and cafes to pay for orders without waiting for the bill. Austria, Germany and Finland are launching their own initiatives, too.

Further afield, Singapore and Japan are moving away from NFC (near-field communications interface) and cash payments by employing QR, digital wallets and cryptocurrencies. The Central Bank of Russia, meanwhile, is introducing QR-based functionality to its payment system.

A special mention should be given to the US with a recent study by Juniper Research finding that the world’s largest economy will see the number of its QR code payment users grow by more than 240% between 2020 and 2025.

China is of course the leader in QR; here, 42.6% of transactions initiated by mobile payment users were completed via QR codes – with both customers and merchants preferring QR to pay.

Support from the card-based payments world

EMVCo has also been vocal recently on the value of QR. In May it said that the technology “provides a wider and more inclusive, consistent experience for both merchants and consumers”and that its potential spreads to both account-based and card-based payments.

QR is the rising tide, and represents a significant play in the future of payments. Everybody is getting involved, and it’s hard to disagree with the rationale.