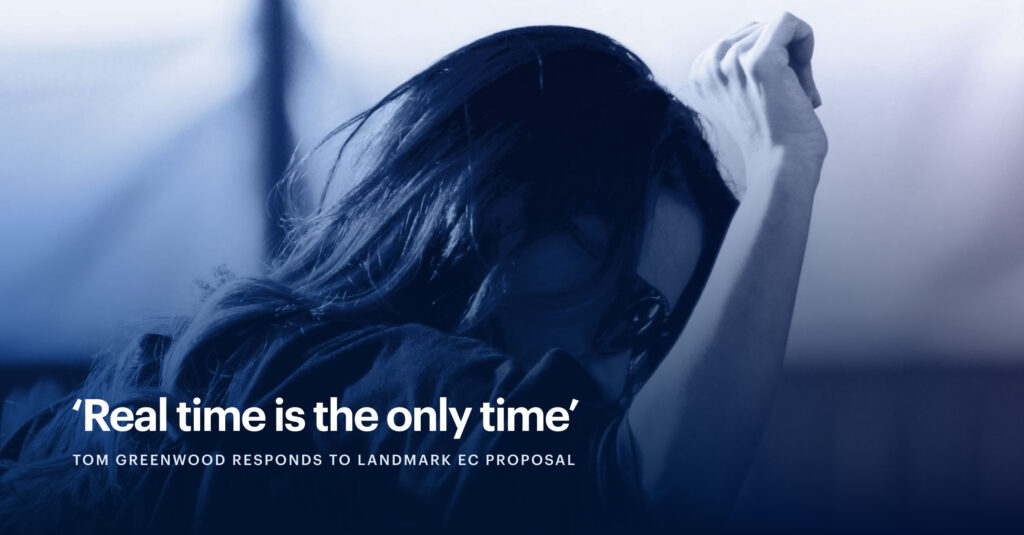 Instant payments in Europe will be the ‘new normal’

In a long-awaited and much-applauded regulatory move, the European Commission yesterday announced that providing instant payments is to become mandatory for banks across the European Union. Far from a regulatory or compliance burden, the new legislation sets the stage for a renewed wave of innovation and growth for Europe’s payments industry.

The legislation is set to be a landmark moment not just in Europe, but for the payments industry worldwide, as EU Financial Services Commissioner, Mairead McGuinness, has made it clear that Europe intends to continue to lead the march forward for an open, digital economy: “safe, instant, frictionless payments should and will be the norm in Europe”.

Real time is the new normal

One of my fundamental beliefs when I founded Volt in 2019, in the early days of the PSD2 revolution, was that real-time payments would become the new normal – and that in time, real time would be the only time. Today, we take a step closer to that vision for European businesses and consumers.

Whilst all banks and financial institutions in Europe must integrate SEPA payments, which means all money transfers in the EU are as fast, safe and efficient as domestic payments, until today only circa 50% of banks in the EU have implemented instant payments (via SEPA Instant). This leaves the other 50% opting out of instant payments, and creates significant barriers to the development and adoption of open banking, to the detriment of consumers and businesses. This is all now set to change.

Four years ago, PSD2 unleashed a wave of innovation and transformation in payments unlike anything the industry had seen in decades, and unlocked the ability for consumers and businesses to initiate open payments with any EU or UK bank. It brought the promise of truly pan-European open, secure, affordable account-to-account payments. But to ensure mainstream adoption, instant payments are needed on a ubiquitous basis.

The link between real-time payments and economic growth

Real-time payments are now at the very heart of modern economies – and the EU rightly wants to consolidate its position as pioneer and global leader. There is a clear correlation between real-time payments and economic growth, with today’s consumers and businesses looking for a hyper-connected, frictionless customer experience, and payments increasingly becoming embedded into non-financial digital apps and services.

With the mandation of instant payments across the EU, the EC provides industry with the clarity we need to innovate, while protecting consumers against risks. Moreover, it sets fair game rules for players in the financial ecosystem, mandating banks to provide instant payments on the same terms and at the same charges as for (now customary) SEPA payments.

By mandating real-time payments, another, if not the biggest blocker to open banking payments becoming mainstream, is instantly solved. Under PSD2 there was no payment guarantee for open banking payments – however this important requirement is now redundant with the legal mandate for SEPA Instant.

With SEPA, payments settle anywhere between two minutes, two hours, or two days. Or, in some cases, there will be non-settlement issues, due to a variety of factors, ranging from insufficient funds to sanctions. But with instant payments now becoming the mandatory norm, merchants have a de facto payment guarantee, as they will have real-time visibility into whether payments are settled.

This will undoubtedly have a tremendous impact for open banking payments adoption, unlocking new use cases for account-to-account payments, including in physical in-store retail settings.

As the world continues to move towards a hyper-connected, always-on society, and consumers and businesses increasingly have an expectation for real-time access to goods, services and value – modern economies depend on real-time payments to boost economic growth.

According to ACI Payments’ annual 2022 report based on Global Data numbers, 118.3 billion real-time transactions were made globally in 2021, and 427.7 billion are expected by 2026 (which would be 25.6% of all global electronic payments). Real-time payments helped generate an additional economic output of $78.4 billion in 2021 across the 30 countries included in the study, with this figure set to rise by 2026 to $173 billion. In the world’s five largest real-time markets – India, China, Thailand, Brazil and South Korea – an additional $131 billion in GDP output is expected to be facilitated by 2026 by real-time payments.

Real-time payments are a great enabler for this digital acceleration – and central mandates have been proven to be the greatest factor for success when it comes to open banking.

The effectiveness of central regulation

Emergent markets, unburdened by the need to evolve legacy systems deeply embedded in their economies and societies, have shown how effective central regulation can be to spark innovation. For a glimpse into how the future of real-time payments will unfold, we can look to India where UPI (Unified Payments Interface) processes more than 5.3 billion transactions per month; or Brazil, where Pix, the payment method developed by the Central Bank of Brazil, has been adopted by more than 135 million users in less than two years since its launch in November 2020, a truly phenomenal rate of adoption.

Worldwide, from the EU and UK to Brazil and Singapore, to India and Australia, governments have turned to real-time payments as a lever for fostering business growth, improving economic prosperity and financial inclusion. And, given the success of real-time payments in unlocking meaningful impacts on GDP, they will continue to do so.

At Volt, we support the use of legislation to speed instant payment adoption across the EU, and we believe that implementation of this mandate will greatly improve and increase adoption of services provided under open banking. As we work to accelerate the revolution in real-time payments – in the simple belief that in time, real time is the only time.